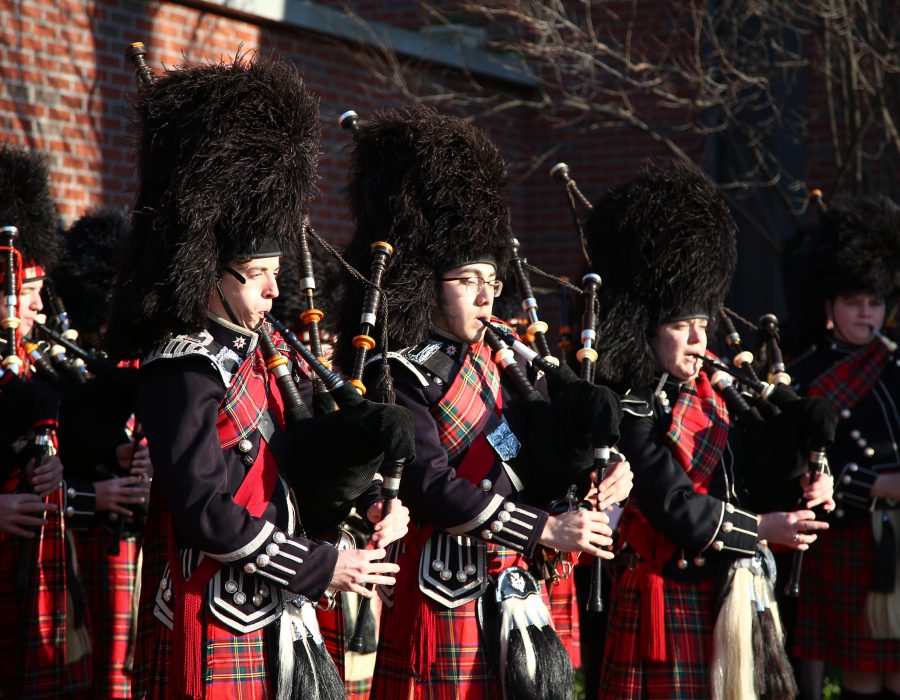 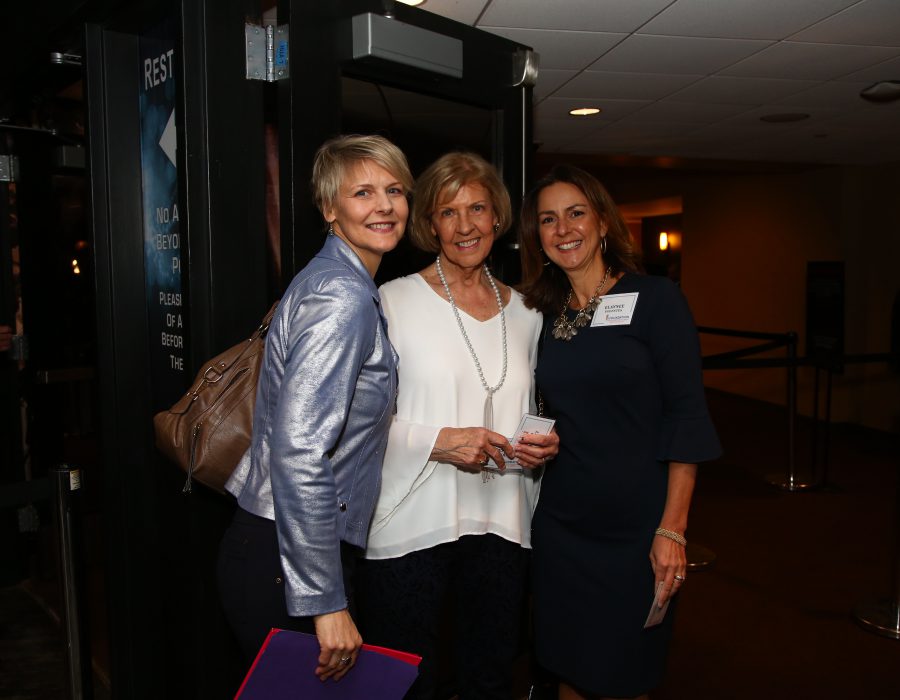 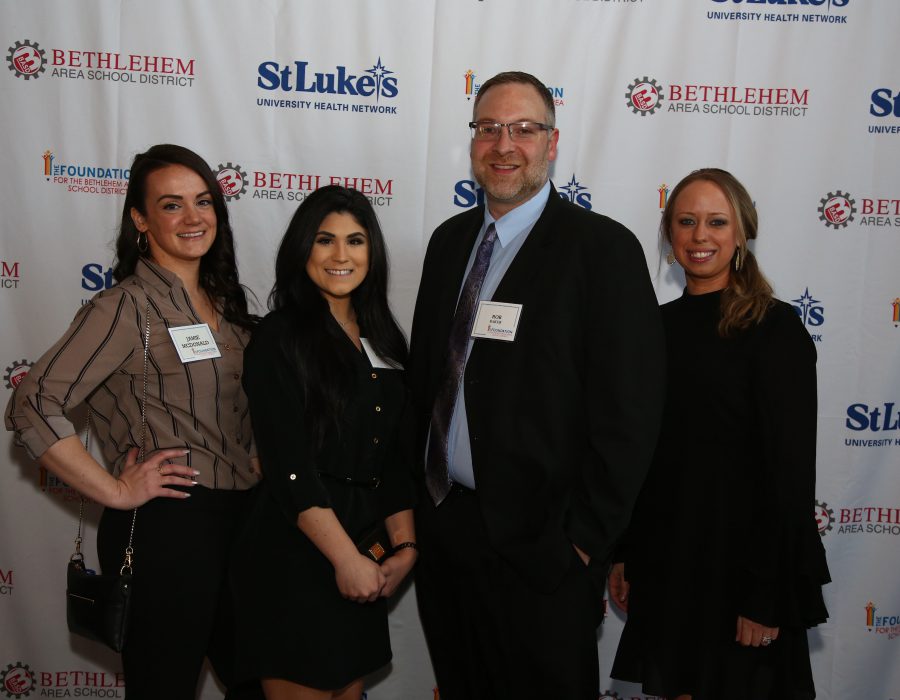 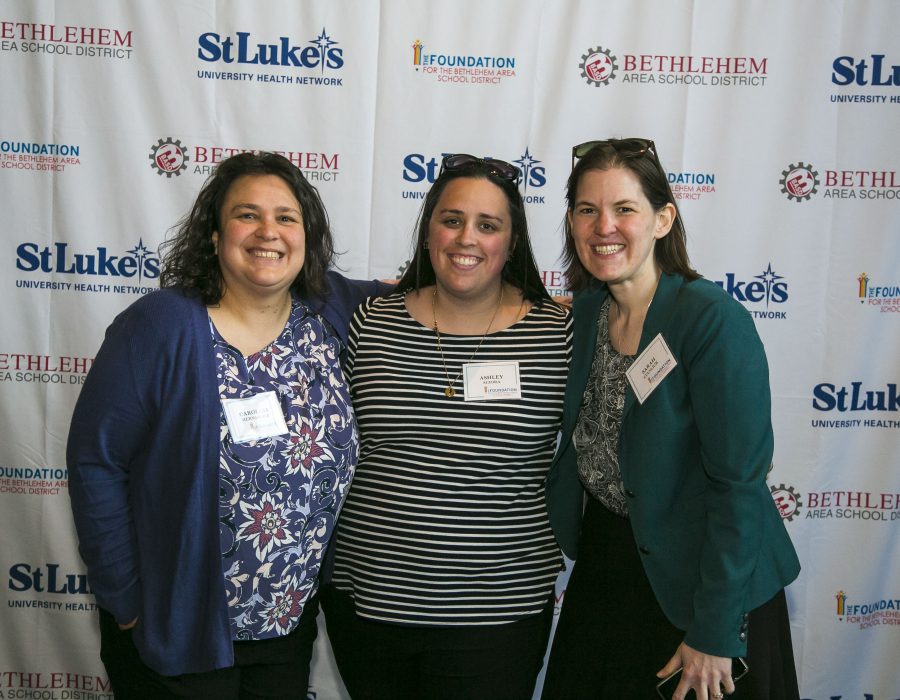 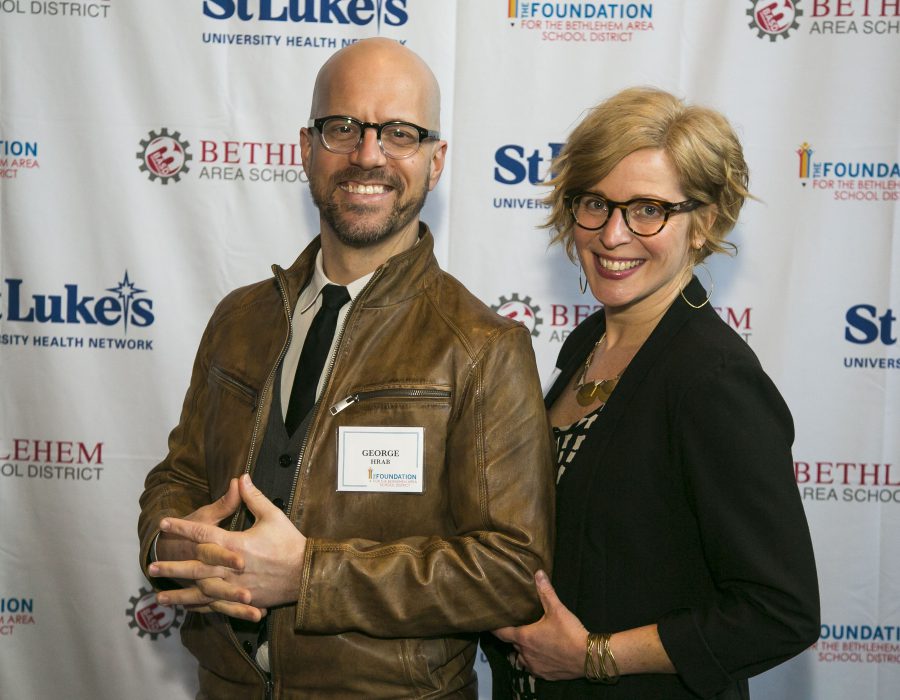 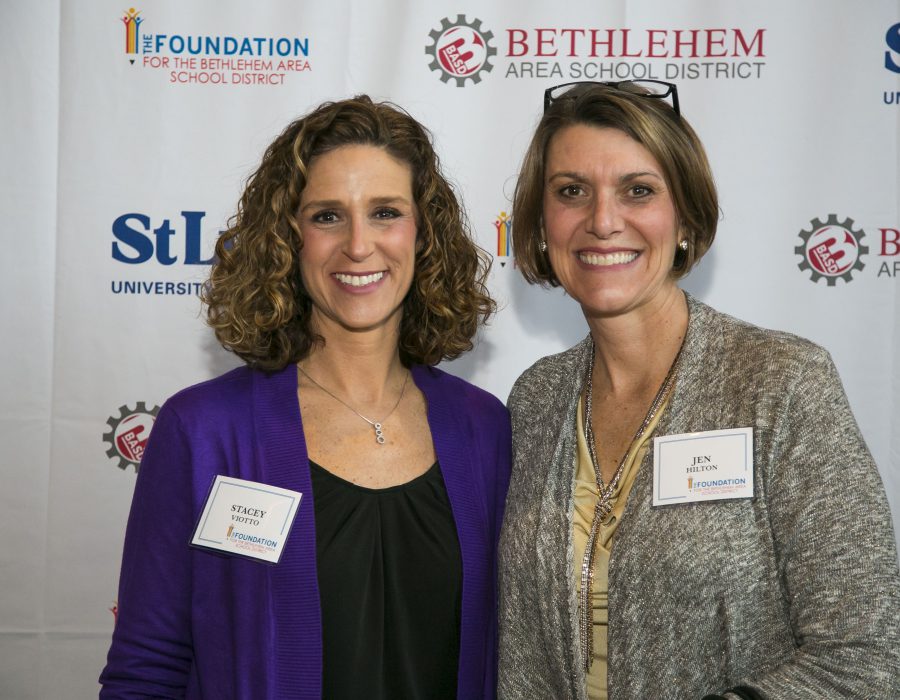 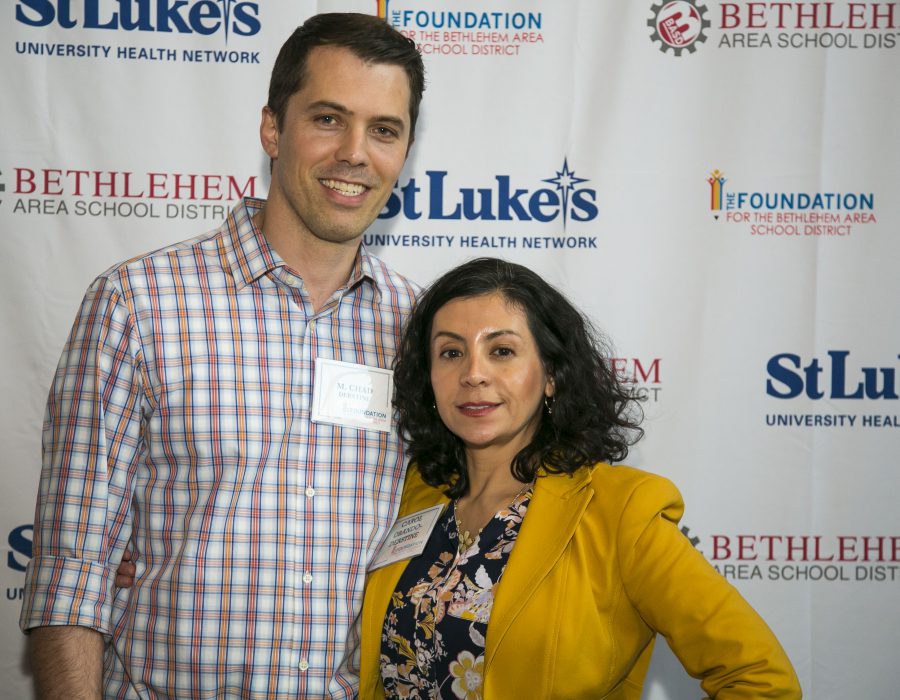 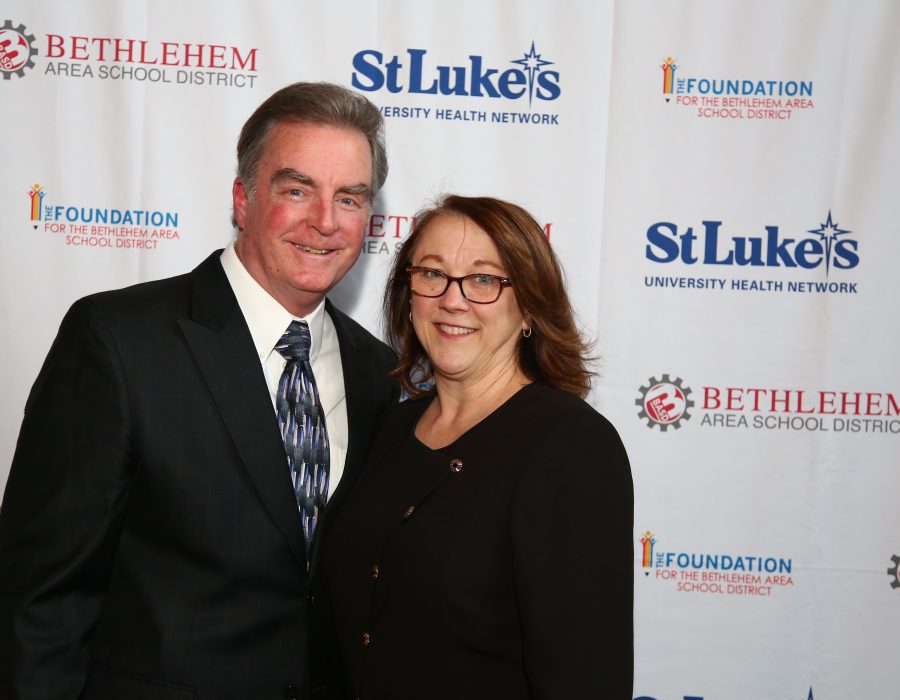 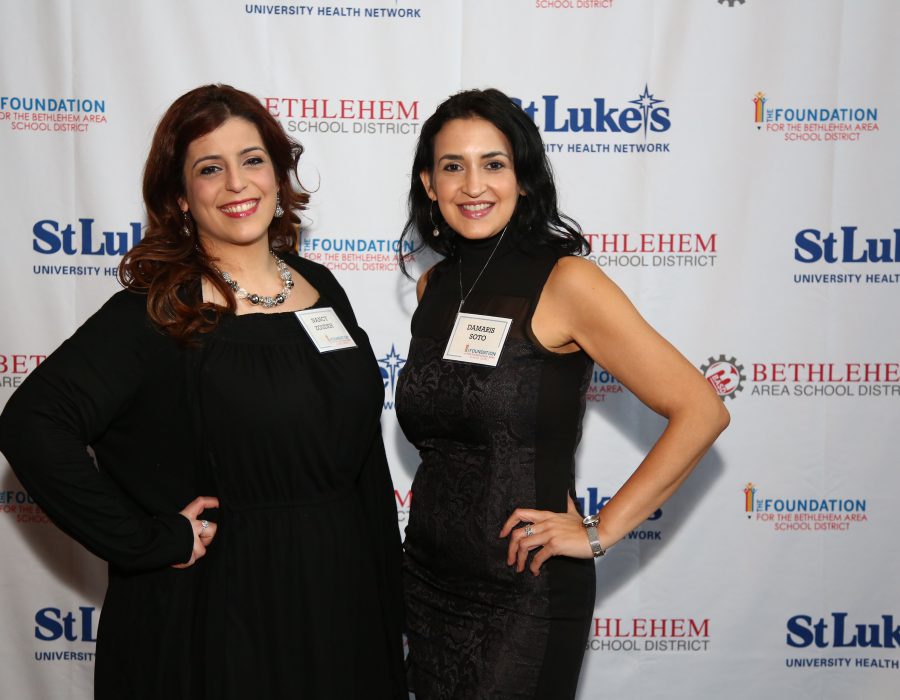 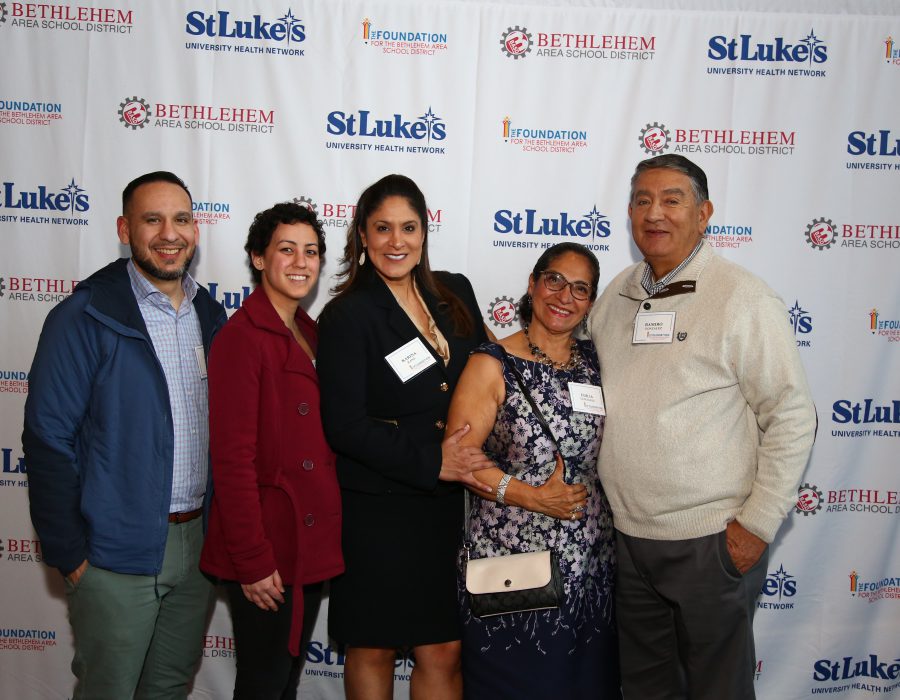 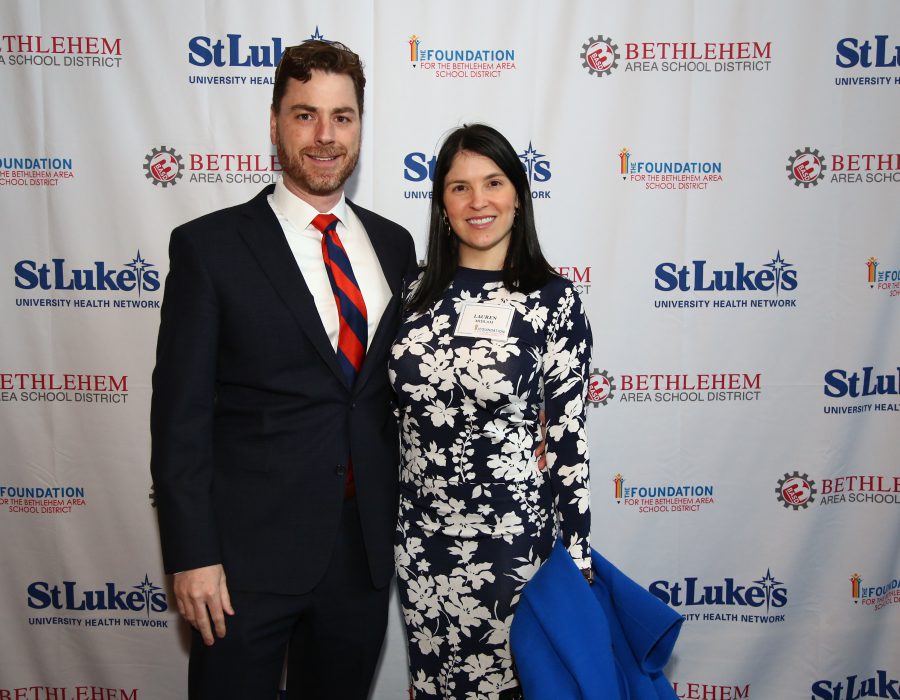 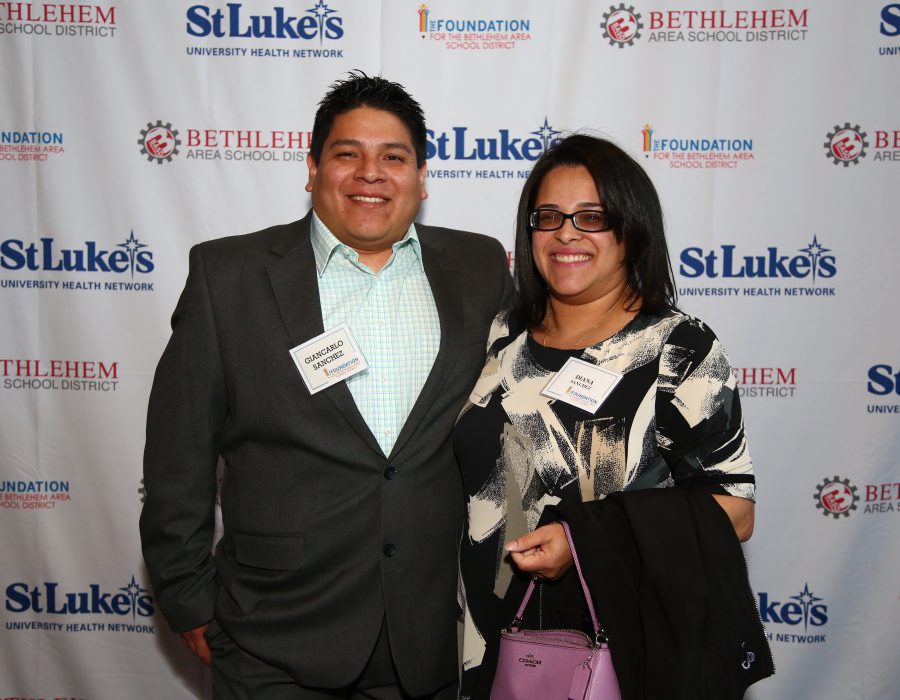 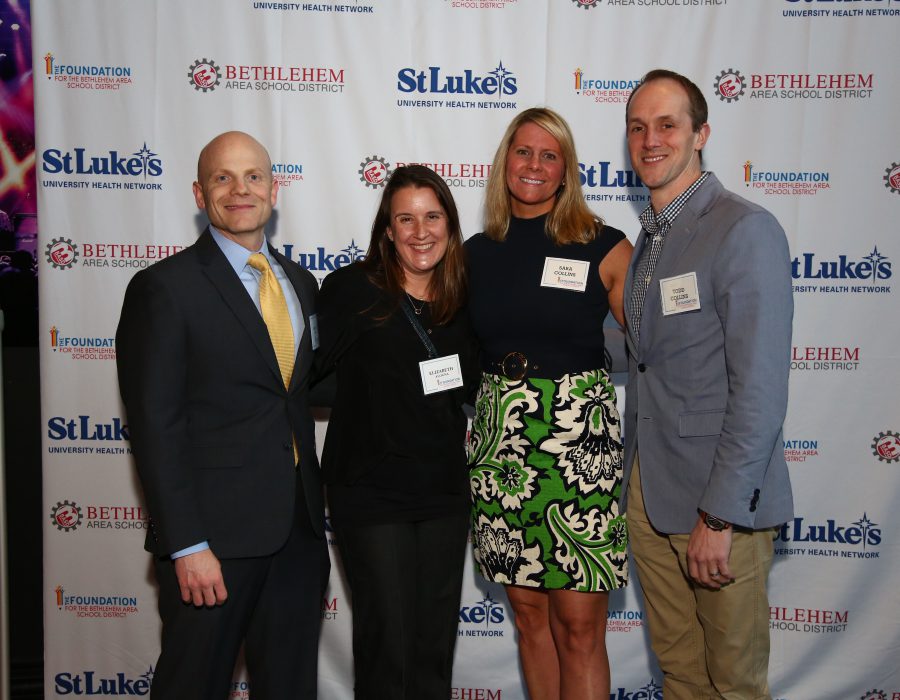 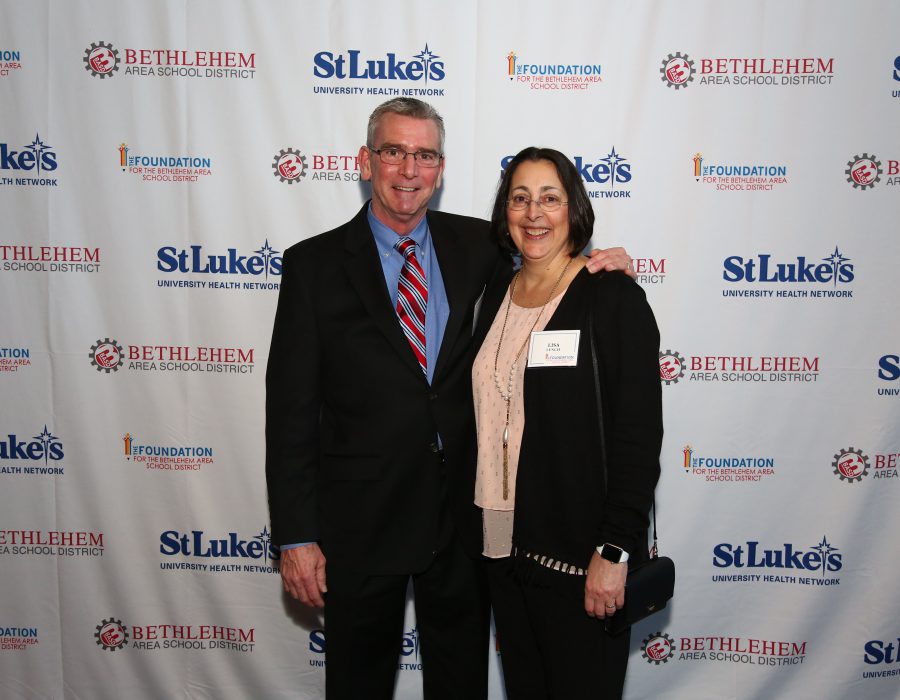 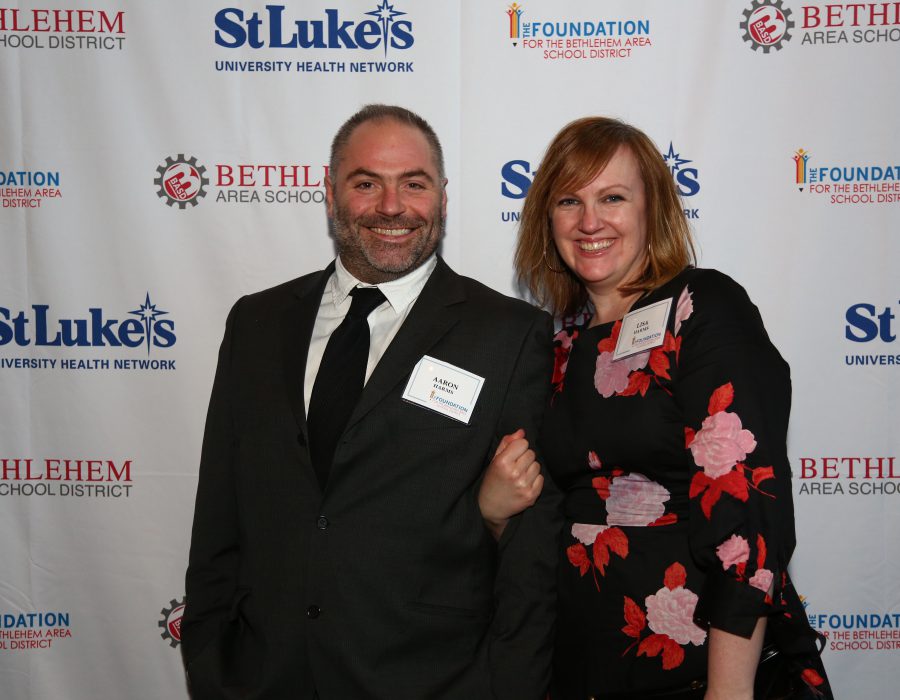 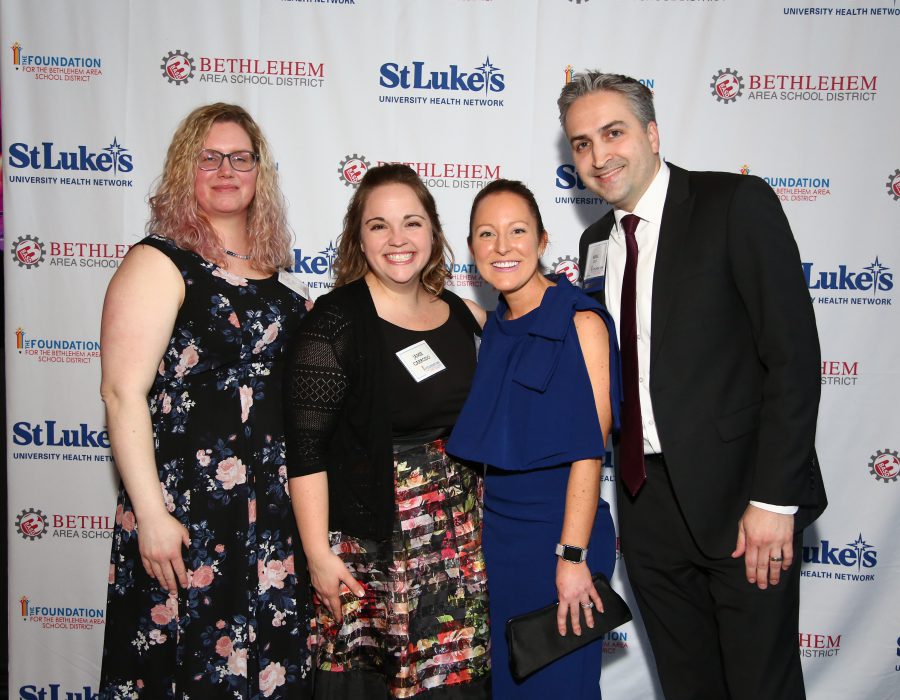 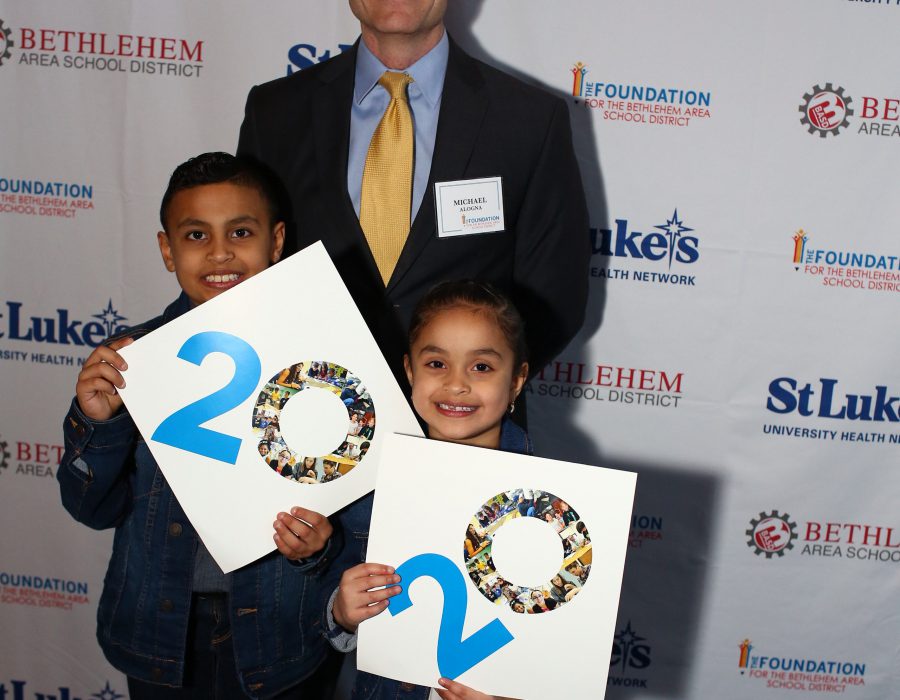 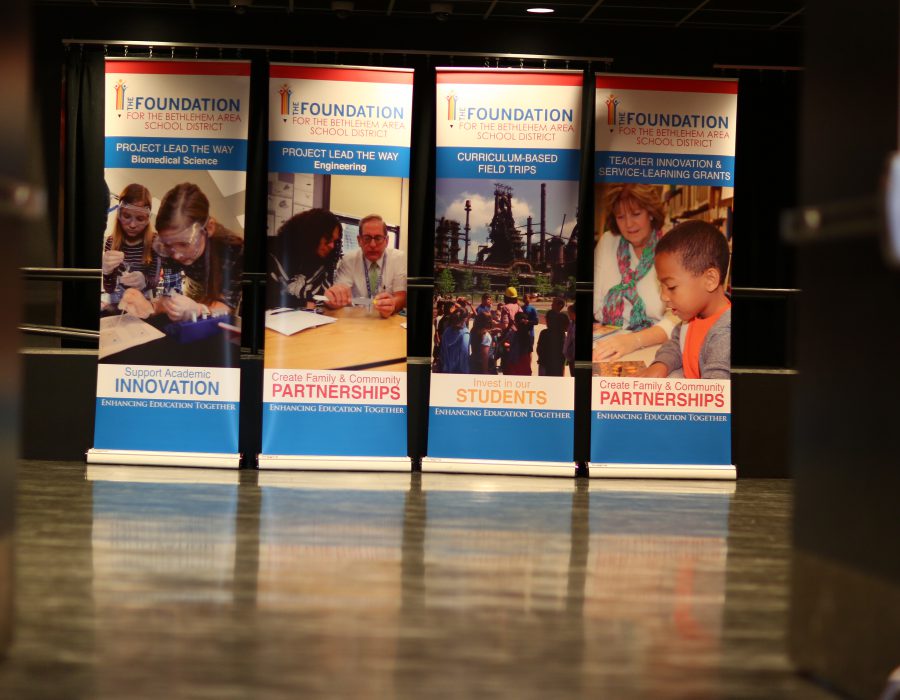 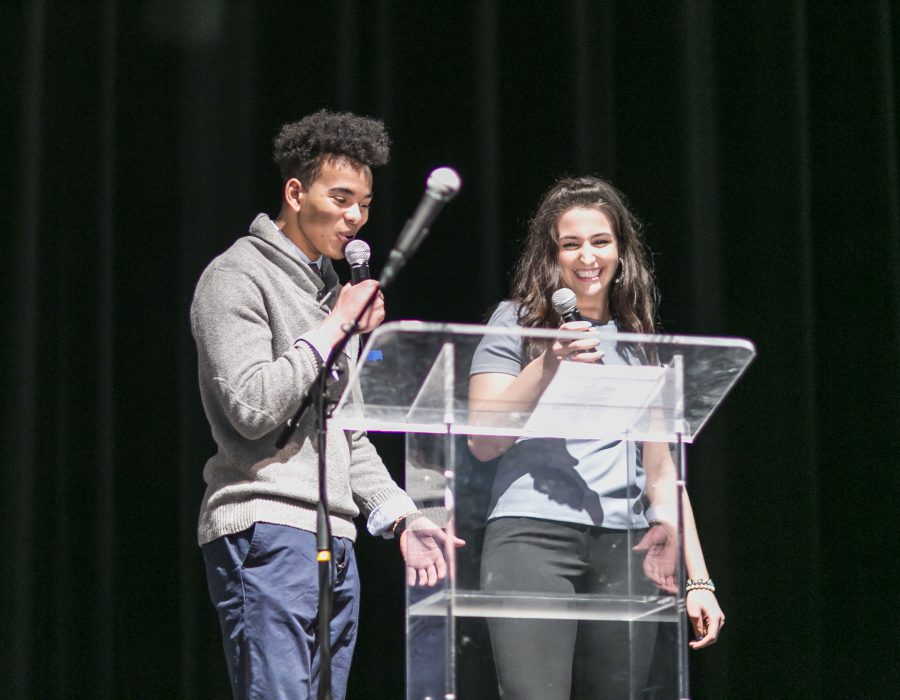 Over 450 guests enjoyed interactive student expos, student musical performances, dynamic décor, placing bids on Silent Auction items, the newly added Giving Wall and a friendly game of “Are You Smarter than a BASD 5th Grader?” trivia game. Arriving to the dinner, guests were greeted outside by Freedom High School’s Fife and Drummers and Liberty High School’s Bagpipers and Fanfare Trumpeters. Led by students from Freemansburg and Calypso elementary schools, guests experienced the Portable Green Screen Student Expo presenting them with the opportunity to participate in a congratulatory video. Over dinner musical entertainment was provided by Freedom High School Jazz Band. With over 50 Silent Auction packages, guests enjoyed competing for winning bids on assorted items including student artwork, sports packages, food packages and more. The energy of the event was elevated when a flash mob of over 125 Liberty High School students broke out during the speech of Jessica Moyer, President of The Foundation. To end the evening, each table grouped together to compete for the bragging rights to claim they are indeed “Smarter than a BASD 5th Grader”! Thank you to the many community members who attended and sponsored our 20th Anniversary Dinner on Tuesday, March 19th. We hope you had a fantastic evening supporting the students of the Bethlehem Area School District.